‘Vasanta’ - The King of Ritus

Vasant is a Ritu...Indian season which represents Spring. Indian year which is based on Moon is made up of six Ritus…namely Vasant, Grishma, Varsha, Sharad, Hemant, and Shishir. Though each & every Ritu has her own beauty; I think Vasant is the most fabulous amongst all. In this season, Mother Nature shows off her tremendous beauty.

The beginning of Vasant Ritu fills pleasure in each & every particle of Nature. Blooming trees, shrubs & climbers and the aroma pleases our mind. Hence the season have remained all time favorite Ritu for many ancient writer and poets. Kalidasa was undoubtedly one of the greatest poets in classical Sanskrit literature. Vasant Ritu when sets in, there is a sense of excitement in the air - the romance, the jolliness, Nature’s finest manifestation in all her beauty- Vasanta, as Kalidasa calls it, is certainly the 'Rituraaja' - the king of seasons. 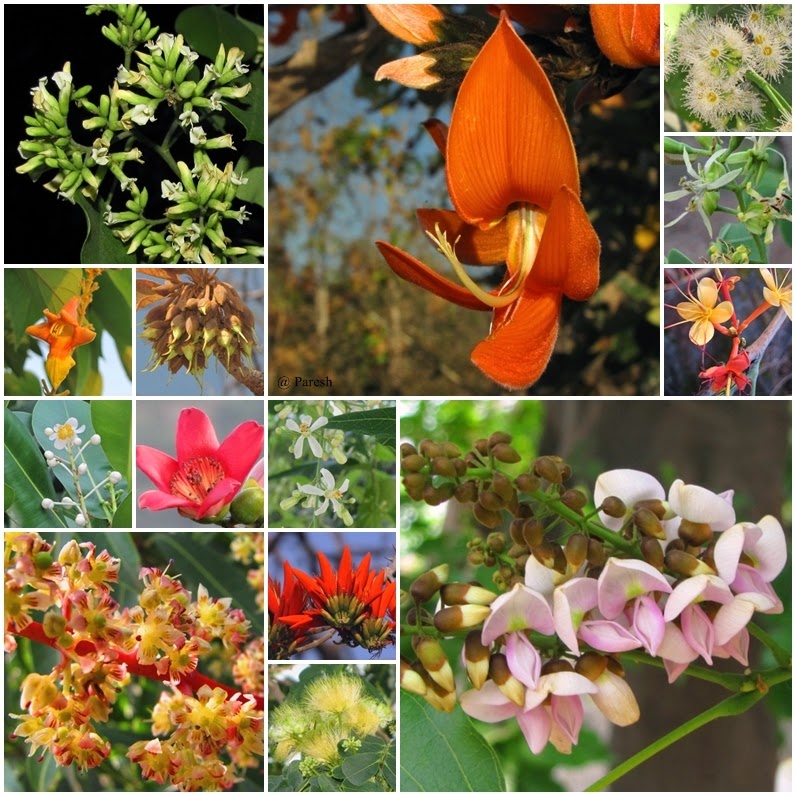 Vasant and Beauty of Nature has an inseparable inter-connection. It is time for every bush and tree to spring to life with blooms & bursts of colour and fragrance, vibrant as sparklers in festivals.

Indian rich heritage and mythology have wonderfully described the importance of Vasant. Lord  says in the Bhagwad Gita that in all seasons, He is the Vasant. The festival of Vasant is celebrated in India on the fifth day of the Shukla Paksha and so is called Vasant Panchami; but the concept behind it goes deeper than mere calculation of the days of the moon. To understand the true significance of the festival it would be instructive to understand the essence of Goddess Saraswati, the presiding deity of learning, aesthetics and creativity.

One thing important to note is Vasant or spring do not begin at once across the length & breadth of our country. For instance, in Maharashtra, Vasant season is approximately from 16 February to 15 April; whereas In North states, the Ritu visits a bit later. After mid-April, here starts the Grishma Ritu. In Maharashtra, number of trees like Palash, Mango, Pongam, Indian Rosewood, Java Plum, Mahua, Sorrowless tree, Semal, Indian Siris, Pride of  India, Gamhar, Sonpattta, Indian Coral tree etc bloom in Vasant Ritu only. According to me, it is the best season to visit forests or sanctuaries to view these flowering beauties. The flower is a beautiful symbol of life & regeneration as it leads to seed and then to another plant. Hence Vasant is also known as Kusumakara.

In Vasant, the gardens are bustling with activity - the constant droning of the bees, the chirping of the birds, the call of the Asian Koel and the constant rustling of the leaves. The pleasant warm sunshine and the breeze set up a highly romantic atmosphere. Vasanta is also known as “Madhumaasa“, which brings lovers together...forever! With all the beauty and fragrance of Vasant Ritu in mind, here are we celebrating 'Gifting Trees...'s 4th anniversary. Is that a coincidence? I think not... :D

In last year, we have planted 7 native trees. Though we have saved couple of plants, sadly we lost few previously planted trees due construction works in the premises. So we replaced them with these new saplings. In summer one has to take extra care of the planted sapling. Last years we experienced few surprises too! Earlier we used water the plants and so we had some days devoted for watering. On some of the watering days, we found few of the saplings near a building were already watered...

Not because it saved our efforts...but for few have understood the importance of native trees in urban areas! :)