What would happen if all the trees were destroyed?

We love trees and the fauna associated with trees. But there are some self-centred individuals who find trees full of leafy trash and insects.

"What difference will a tree sapling will make?", is what few say. 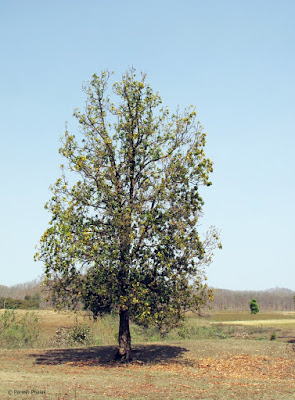 Well... We are not merely planting a tree-sapling. We believe, we are planting a hope...as I said in the beginning of this initiative.

And here is an eye-opener !

If all the forests were destroyed the world would practically be destroyed because if there are no trees there will be no humans and no humans is no world.

The removal of all the trees on earth would be a disaster. Whole ecosystems would collapse and many, many species of animals would disappear for lack of food, shelter, cover, nest sites and a host of other critical elements to their existence. Certainly other plants (mostly invasive weeds) would fill in behind the trees, but if the trees go, life as we know it will disappear and something else will have to take its place.

Trees carry out a very important function. They remove Carbon dioxide from the air when they grow! If trees are destroyed, then eventually there would be less plants to trap this CO2 in their growth. Without trees, the CO2 level would rise very quickly and as CO2 is a green-house gas then the temperature on Earth would rise as well leading to super global warming! CO2 is also acidic and the amount of CO2 in the ocean would also rise making the oceans acidify and killing many if not most of the animal species and plant species in the oceans of the world. The main concern with Climate Change is the melting of polar ice caps. This would release huge amounts of water into the worlds oceans raising sea levels & coastal flooding but most importantly totally changing the worlds weather system by increasing the amount of water in the atmosphere as well leading to extreme weather conditions. Signs of this are already happening due to the release of CO2 from industries. If the Arctic ice cap melts at a continuing rate then a period of global warming will lead to a very quick change to global freezing. The snow would reflect the sun's rays away. There you go... After a brief period of global warming ruining the animal species then we would very quickly revert to a period of rapid cooling and maybe even an ice age..!

We can avoid this... by simple act of planting a tree and reducing the usage of wood. Single native tree...if planted by each one, there will be hope for our existence on the planet & our future. Trees are living solutions for our people in need of food, water, clean air and environment protection in the face of increasing climatic instability!

Today is 9th anniversary of Gifting Trees. May there be green everywhere in urban settlements.
Let there be Native trees...everywhere!
Posted by Paresh Prashant Phalak No comments: