We and Trees : Our Experiences with Plantation

Well, this post is meant to share our experiences while tree plantations with our readers. Hope it will encourage more & more people to plant Native Trees and to care for our environment.


When we shifted to our new house, there was an Open Space adjacent to it, which was allotted by Municipal Corporation for gardening. But practically, it was being used as a dump yard by people. On top of that, it was thickly covered by weeds like Carrot grass (Parthenium Hysterophorus). So Initially we started with cleaning and de-weeding the place. 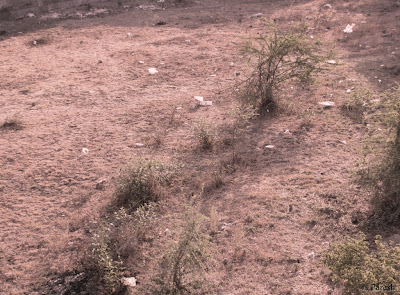 After that we planted few saplings there. We also arranged drip-irrigation system for watering. Still many of the saplings died during six months as the ground was thoroughly wiped out of nutrients by the weeds. Then we started dumping our kitchen waste near the planted saplings. We also got some dung fertilizer to impregnate the Earth. And trust me it worked well. The saplings began to grow vigorously..obviously with due care. First two years were tiresome. 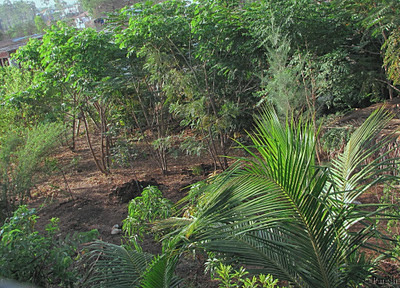 But there was a mistake with those plantations. We have got few sapling from the Municipal Corporation unaware of the fact that they were introduced species. In that initial period, we carelessly planted whatever we got to plant. Its after two years that we hit by the fact. But by that time those varieties were competing with the Native species for space, Sun-light, nutrients & water. Now we can't even cut them nor they are useful to birds & insects. These introduced species eventually decrease the space available for habitat of our native species of birds, insects and trees as well and hence they have very detrimental effect. It is the reason why we always emphasize on plantation of Native species. We have learnt from our mistakes.

Then we never ever planted a introduced or non-native varieties. Yes, there were many times when neighbours and friends had advised us to plant introduced varieties as they thought those are more beautiful. Obviously no one ever turned up to contribute or volunteer.


As time passed by, we witnessed creation of a beautiful landscape. Amazingly in just 4 years, small saplings planted on bare land is developed into a thriving woodland complete with sturdy trees big enough for you to walk under, with few fresh fruits for you to eat, rich ground flora and a host of wildlife. The trees also kept the weeds under control. :) 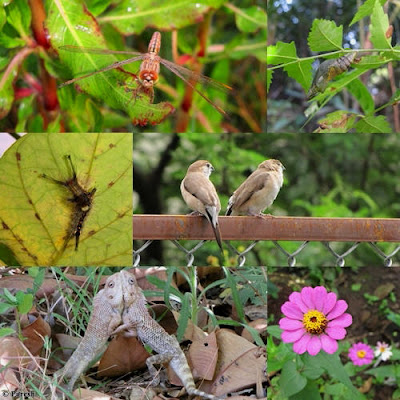 These trees and flowering plants now attract lots of bees, butterflies and lots of birds. We also witnessed first flight of young birds from their nests in our garden. And yes, it is frequently visited by reptiles & mongooses as well. It is a habitat or home for them in the midst of concrete jungles.


So after that, we began to plant trees in other spaces allocated by Municipal Corporation. But this time, we can't say no one helped us. The space had one naturally grown Babool tree...a very good agroforestry tree. We just set a tree-guard around the tree, as it is a common tree felled by urbanites. The tree which can grow fast while fighting with thick cover of weeds must be saved! 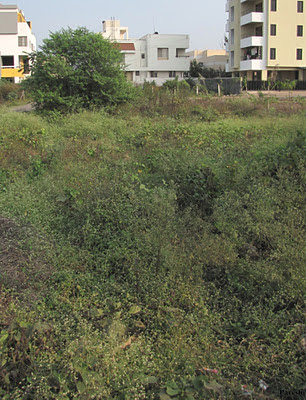 And after six months, one fine morning I saw a sapling growing under that Babool tree. That's too of Semal tree! So Mother Nature lend us a helping hand. Semal being a tall tree, we kept both of them as they were. 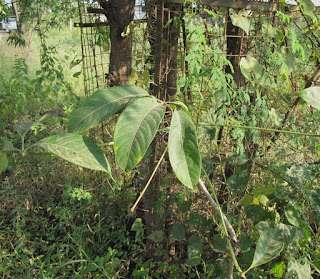 Right now, we are working on two open spaces near our residential area. In our upcoming posts, we will share their progress with You. :-)
Posted by Paresh Prashant Phalak